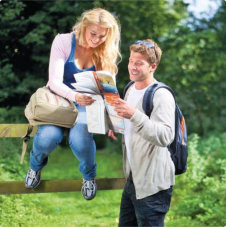 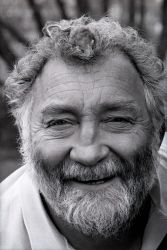 Raywell Hall Country Lodge Park has been awarded the highest possible accolade in the David Bellamy Conservation Awards, recognising the work it has done to protect and enhance Britain’s natural environment.

Assessors visited the park in the summer and declared it gold standard after finding positives across a range of criteria, including how Raywell is a good neighbour, sustainability and ecological management.

They said the approach to the lodge park was “excellent”, while recognising the staff have good local knowledge and their support for local jobs was also “excellent”.

It is the fourth year Raywell has been recognised in the David Bellamy Conservation Awards, with silver in 2012/13 and gold 2014/15, and director David Coates said he was proud of the team’s achievements.

He said: “We are absolutely delighted to receive the gold award for the second consecutive year and it really highlights our commitment to protecting and improving the natural environment at our beautiful park.

“It’s a real honour to be recognised by David Bellamy’s team in this way and we’ll continue to do everything we can to make sure we remain gold standard.

“Making sure we play our part in protecting the environment is vital and it’s great to know our visitors can see the efforts we are making.”

This year, 530 holiday parks received a gold, silver or bronze award, ranging from those which have created new wildlife meadows and woodlands, to others who have constructed solar-powered shower blocks and energy efficient lodges.

The parks that take part in the scheme are all regularly assessed by a team of local wildlife experts who look at the steps parks are taking to manage their land as a haven for wildlife, reduce their use of energy, water and other resources, reduce, reuse and recycle the waste they produce, and support their local communities.

David Bellamy uses the assessors’ reports and any comments received from members of the public to make his awards each year.

He said: “It is always nice to be the bearer of good news, so I am delighted to be able to let you know that your park has been awarded a richly deserved Gold Award for 2015/16.

“I hope that you will use this award to let everyone know about the wonderful work you are doing for the environment – hang up your certificate where everyone can see it and, when you’re asked what you won it for, let them know.

“I also hope that the award will provide a real pat on the back to you and your team.

“Having read through your report, it is clear that, as in past years, you deserve hearty congratulations for everything you have done.

“I was particularly pleased to see that your park remains a real haven for visitors and wildlife alike and that you have moved forward with new planting by leaving a wider wild margin on your boundary banks.

“Whatever you decide to do next, let me finish by wishing you ‘good luck’ for the year ahead.”